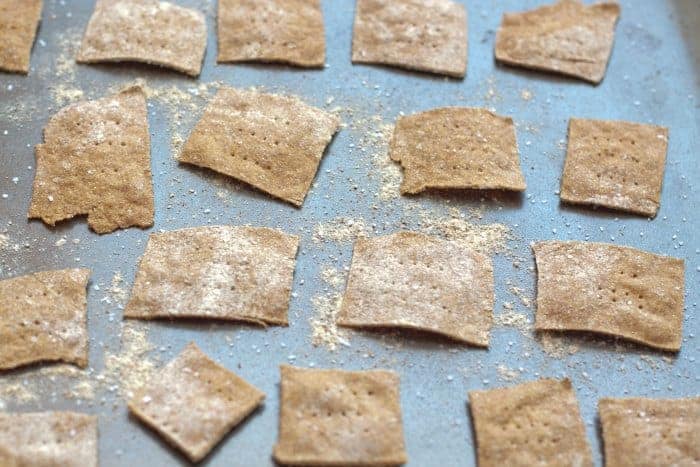 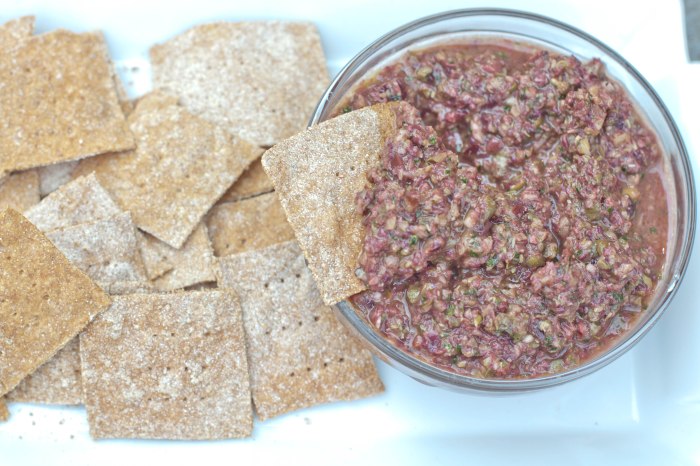 I found my new favorite cracker.  Not only are they incredibly easy, but soooo healthy.  I adore our homemade Wheat Thins, but there is a not so insignificant amount of butter in them. Which is clearly why they are so delicious.  Also, clearly not vegan friendly which means not appropriate for our vegan meals with Charles and Alicia. These crackers though are sooo simple and still really flavorful because spelt itself is slightly sweet and nutty. Spelt flour is an ancient whole grain and is packed full of protein and fiber and a good source of niacin, iron, zinc, and even calcium.  After making these crackers, I’ve totally decided to ditch the whole wheat flour and use spelt. Not only is it healthier and more nutritious, but it just tastes better over all.  Sold. 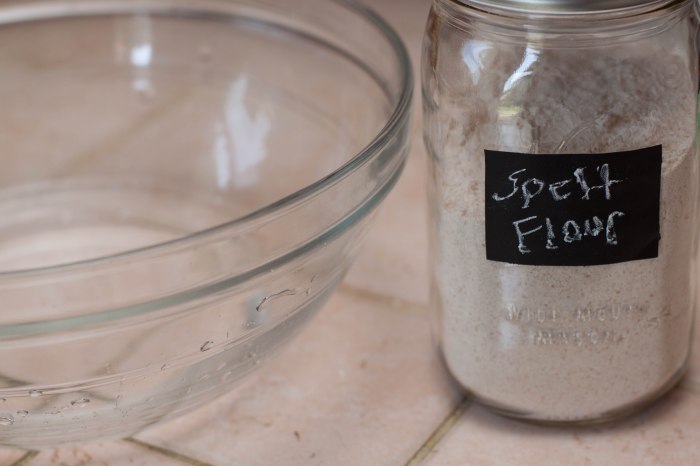 Did I mention how easy these crackers are?  Just spelt flour, salt, and water.  That’s it. Mixed together, kneaded a couple of times, then rolled out. 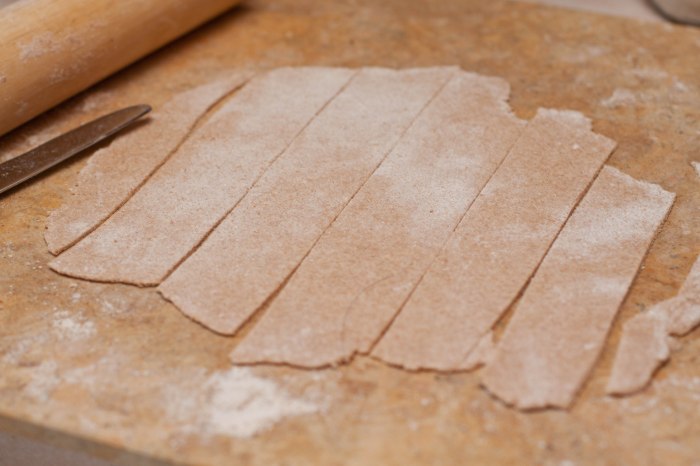 The first time I made these crackers I made it flat bread style. Meaning I just rolled out a sheet, baked it, and then broke it into cracker sized pieces. That’s definitely the fastest way to go, but it doesn’t always allow for even cooking, ultimate crispiness, and general cracker prettiness.  Because let’s be honest, cracker prettiness is kind of important.  Oh and so is even cooking too, I guess.

So this time I rolled it out, cut it into strips, rolled the strips then even thinner for the ultimate thin crisp, cut them into little squares, poked them with a fork, and lined them on a baking sheet.  Much more work, but in my opinion, worth it. Ok, but still not super pretty. My square cutting skills are pretty pathetic. 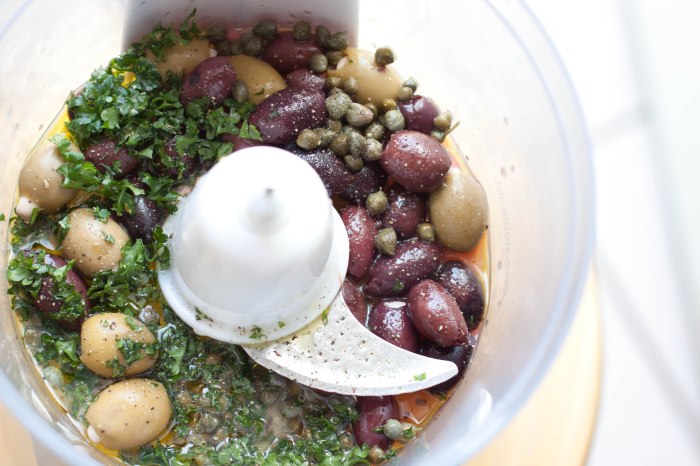 While the crackers were baking in the oven, I whipped up a olive tapenade.  A vegan friendly one buy omitting the anchovies traditionally found in tapenades. Super easy. Olives, capers, garlic, lemon juice, oil, parsley, and pepper all thrown in a food processor, 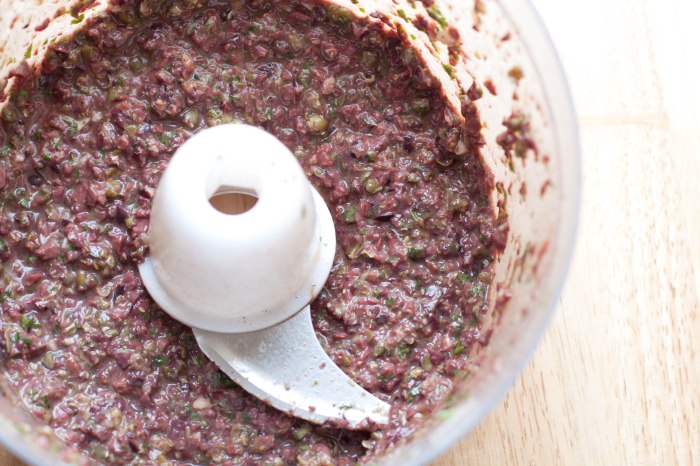 and blended for just about 15-30 seconds so it was still a little chunky and not completely creamed together. Also, super easy. And uber salty, briney, and tre tasty. 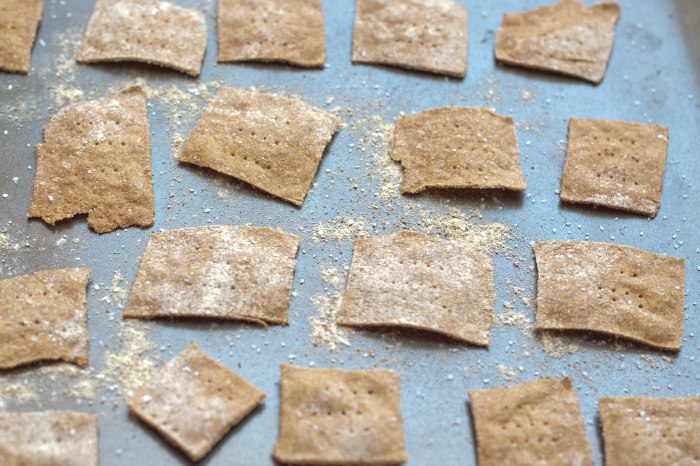 Which is why I didn’t add too much salt to the spelt crackers because the tapenade was deliciously salty enough. 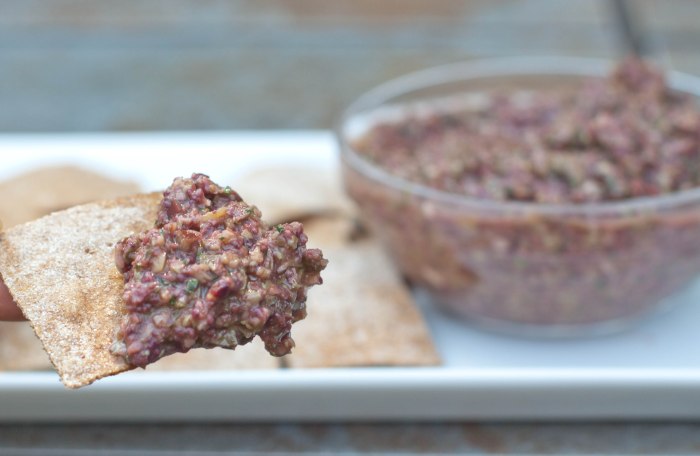 The perfect pair. The spelt crackers are nice and nutty and subtly sweet and the tapenade is salty and just the right amount of acidity. 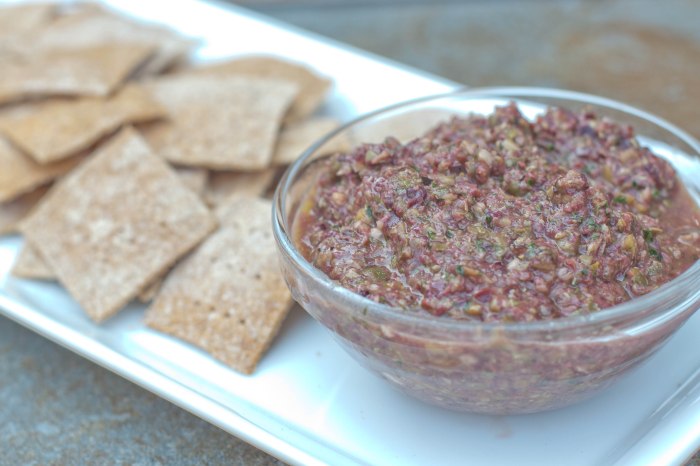 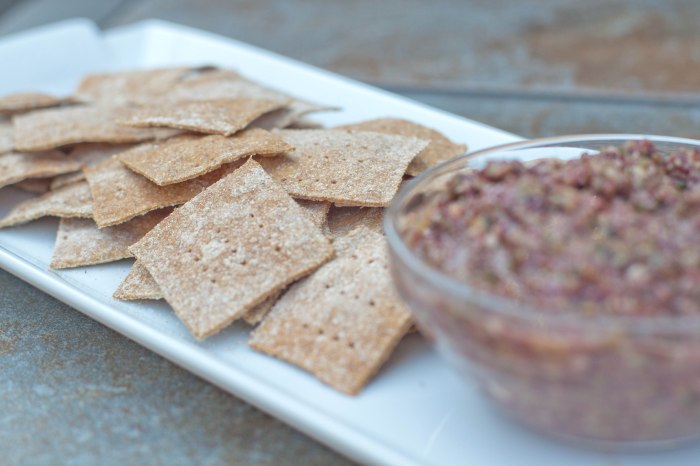 And I guess the crackers are too bad, right? They have a certain rustic… charm. Can you see how thin they are? Super duper delightfully crispy, they were.  Just the way a cracker should be. 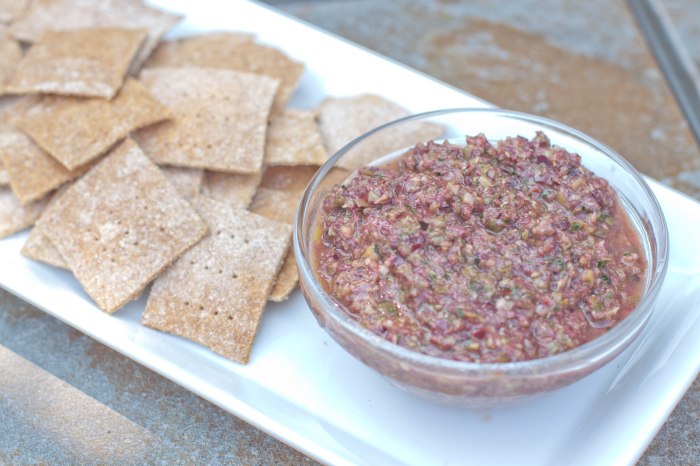 A super healthy, nutritious, and vegan friendly appetizer that won’t taste too much like any of those things!