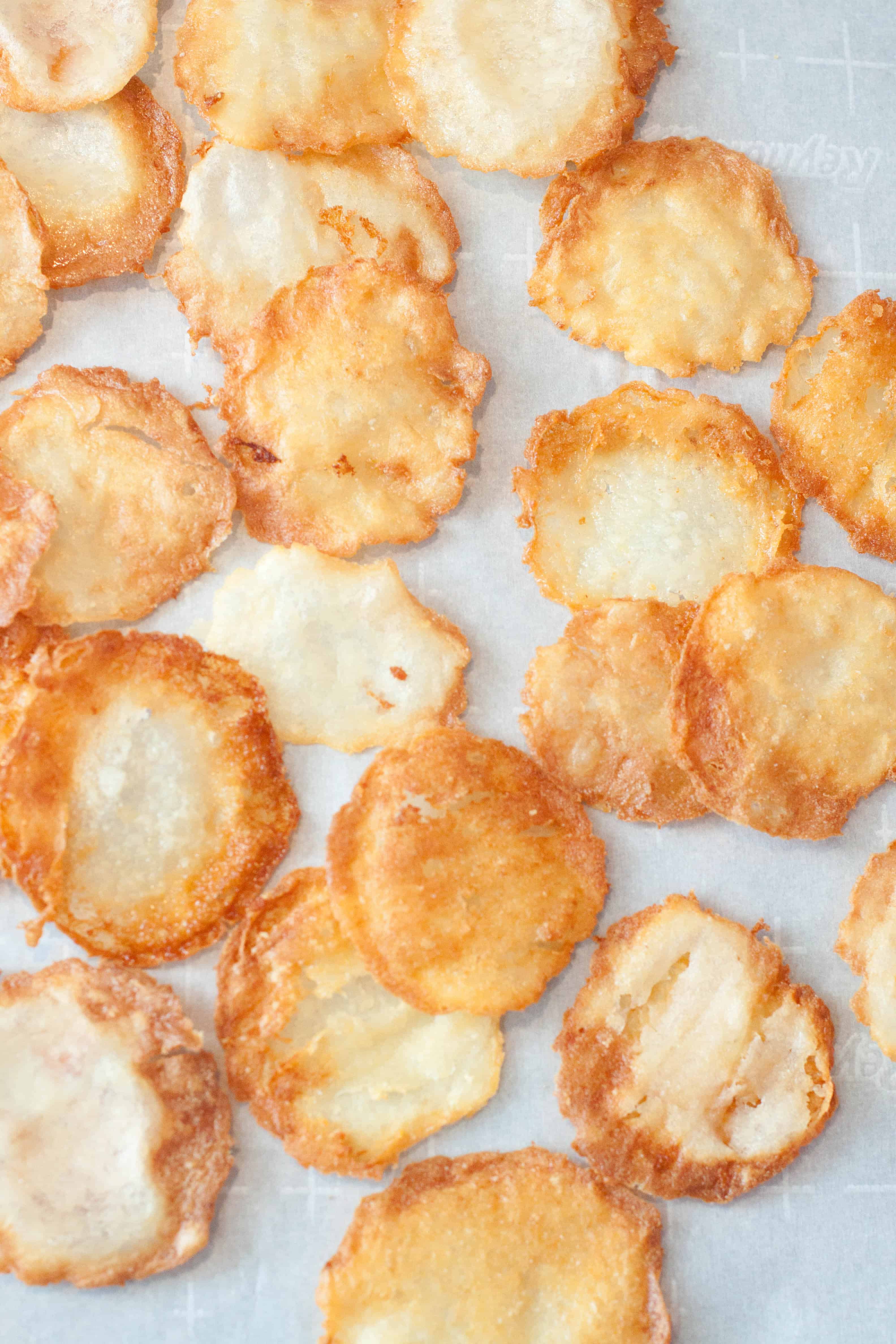 Is there anything better than crispy, salty, homemade potato chips?  Only when they’re homemade Cheddar Sour Cream Potato Chips From Scratch! Cheddar Sour Cream Potato Chips FROM SCRATCH.  Like made with just… wait for it… Cheddar, sour cream, and potatoes!  No artificial flavors, no fake cheese, just the real, whole foods and their real, flavors.  What a concept, right? Oh, and of course salt too.  And we opted for the king of all cheddars, Tillamook’s Extra Sharp Cheddar Cheese which is a staple in our house and really one of the main reasons we do a monthly Costco run. Because if anything needs to be bought in bulk, it’s extra sharp cheddar cheese. These chips are super easy, but they are a time commitment.  A labor of cheesy crunchy crispy love. But to start, it’s just like making some creamy cheesy sour cream mashed potatoes.  Which are also incredibly delicious on their own.  M was in the kitchen with me (as she always is), but when I needed to keep her occupied and away from the oven, I just gave her a spoonful of these potatoes and she proceeded to giggle, take a bite from the spoon, and then dance.  Yup, she’s definitely my daughter. So here’s the time consuming part, and it can take as much time as you allow yourself to give. I wanted some pretty round Cheddar Sour Cream Potato Chips From Scratch.  But you know, I’ve made them before and cared much less about the shape. and it didn’t take nearly as long. So, if you don’t care about how perfectly round they are, then this will go faster.  But do be sure to make sure they’re very thin.  Because the thinner, the crispier.

To make these, I took a teaspoon or so of potatoes, rolled them in a ball, and then pressed it flat on parchment paper lined baking sheets.  Then it’s getting them as thin as you can so that they turn into those paper thin crispy chips.  Be sure to wipe your potato hands clean after every couple of chips, too.  This will make your hands less sticky when flattening the chips out.  Alternatively, you could just use a spatula and flatten them out if you’re not concerned about shape. Just enough so that they’re firm enough to finish by shallow frying. Fried for just a minute until they begin to brown. Ahhh sooo worth that  labor of cheesy crunchy crispy love.

I joined M in her kitchen dance while snacking on these super crispy, salty, cheddar-y chips! 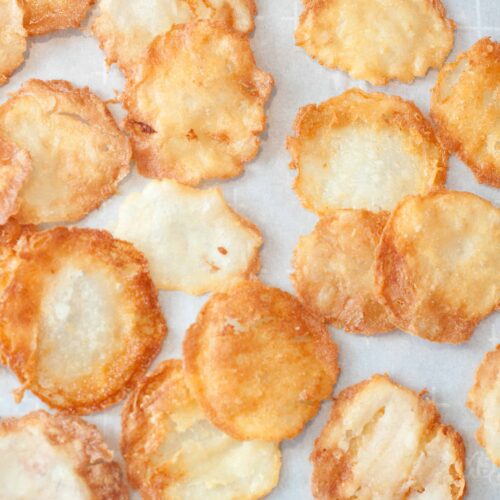