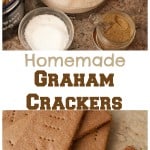 Did you know you can make Homemade Graham Crackers? They’re surprisingly easy and fun to make! What’s more summer-like than fire roasted S’mores?  We’ve recently acquired a fire pit for our backyard and after every BBQ or even just when we’re home grilling and lounging outside, we inevitably end up around it roasting marshmallows for s’mores.  So of course that’s sparked me turning to Dan one night while we snacked on some ooey gooey s’mores, “I wonder how you make graham crackers…” Turns out they’re pretty easy!  The only thing I needed that I didn’t already have was graham flour. I found it in the natural foods section with all the other Bob’s Red Mill flours.  It can also be found online. Other than that, they were super simple ingredients. The hardest part was the recipe I found had measurements in ounces. But since it was one of Alton Brown’s, I knew it had to be good and would be worth the added effort.  Plus, we have this great little digital scale (filed under small appliances) that made weighing everything out totally painless. Once it was all combined and started to form a ball in the food processor, I took it out, flattened it in a disk, and wrapped it in plastic wrap and put it in the fridge for 30 minutes to rest. After the 30 minutes I just took the dough disk out, put it in between two pieces of parchment paper, rolled it thin, sliced it into cracker sized pieces, and gave them a few little fork holes before they went into the oven. 25 minutes later, and we had some from scratch Graham Crackers!  Neat!  Although clearly my cutting and fork hole poking skills need some work… Delicious Graham Crackers from scratch!  These guys aren’t Honey Graham Crackers like the Honey Maid (and most commonly seen s’mores vessel), these have a much stronger molasses flavor, but man, they’re good.  I wish I could say that we then made some amazing s’more with them, but this batch didn’t last long enough for them, they were so tasty to snack on their own and I may have eaten them all before they had to chance for s’mores-dom.  Guess I’ll just have to make more, darn. 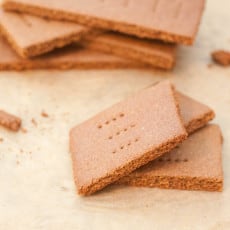 Tried this Recipe? Tag me Today!Tag me @ServedFromScratch or use #ServedFromScratch!
664shares
Previous Post: « Inside Out Peanut Butter Cups Vegan
Next Post: Fennel Frond Pesto » 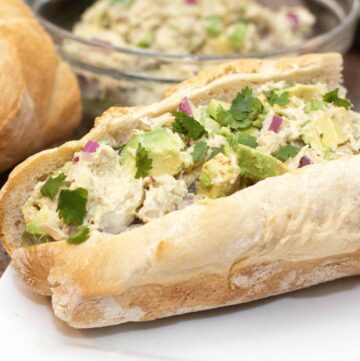 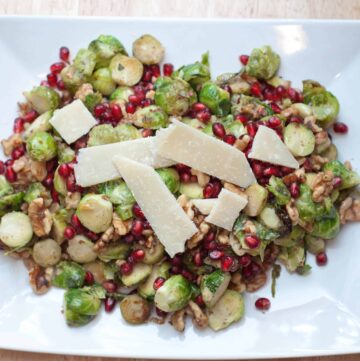 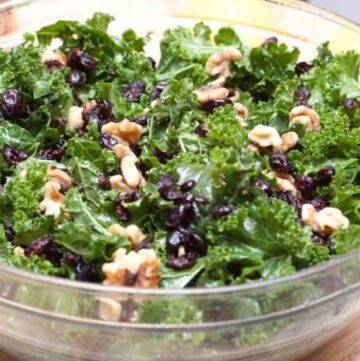 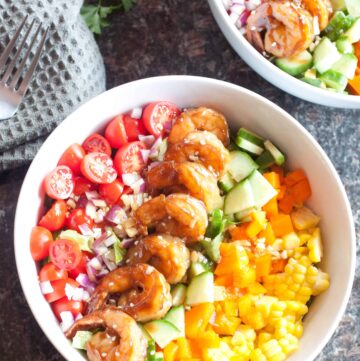