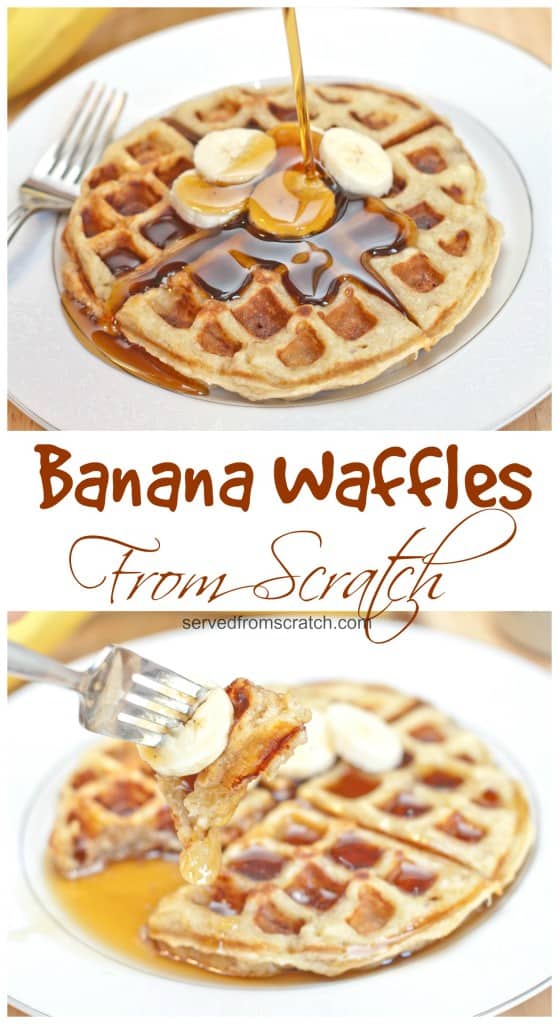 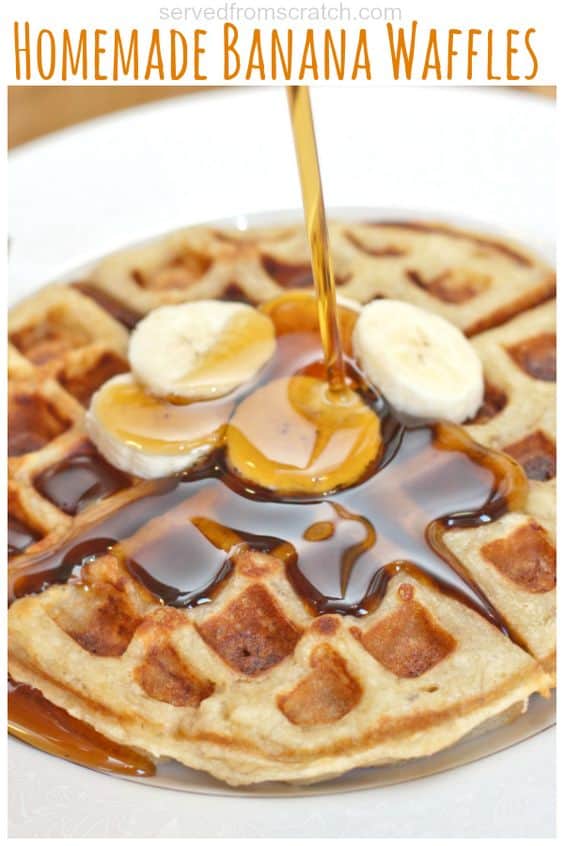 Get out of a waffle rut and use up some of those brown bananas!  These easy to make and customizable Homemade Banana Waffles from scratch will be your new weekend favorite! 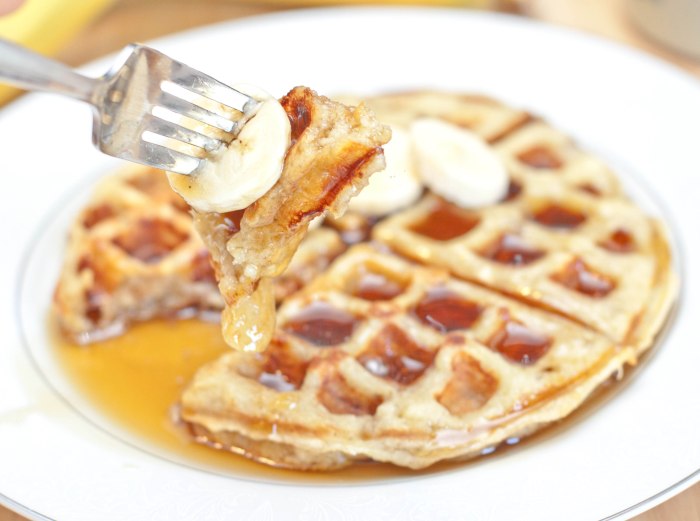 Have I mentioned lately how much my husband and I love bananas?  Between the multiple banana ice creams, the banana pecan muffins, and the whole wheat banana pancakes, of course we'd make Homemade Banana Waffles.  Especially now that I keep sliced bananas in our freezer at all times to be able to whip up some Peanut Butter Banana Ice Cream whenever the craving hits. This Banana Waffles recipe is courtesy of my mother-in-law Gail's Book. The Book of recipes she gave to the boys. The Book that I adore not only because of the recipes and the memories it holds for my husband, but also for her footnotes.  Like for this recipe she says that it it's not as good as the Fudge Brownie Waffles (omg I can't wait to make these), but it's close. Also, since this recipe calls for only the egg yolks, she says never let a good egg white go to waste, look through the book for the Meringue Kisses recipe.  So. Awesome. Even better, as an anniversary gift from my mom, she sent us this amazing NH Maple syrup. So it was like a breakfast ode to both our moms! Annndd my girl Stephanie over at The Cozy Cook has been making so many amazing things with her waffle iron, I had to have one so I had just gotten this guy delivered and was sooo excited to use it. 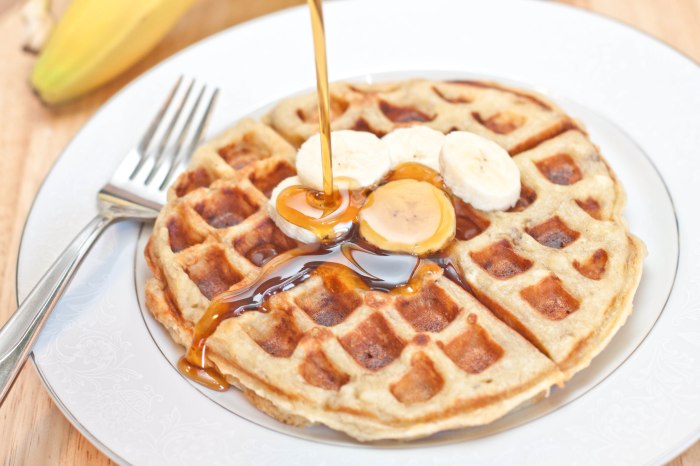 And I love it.  Look at those waffles! 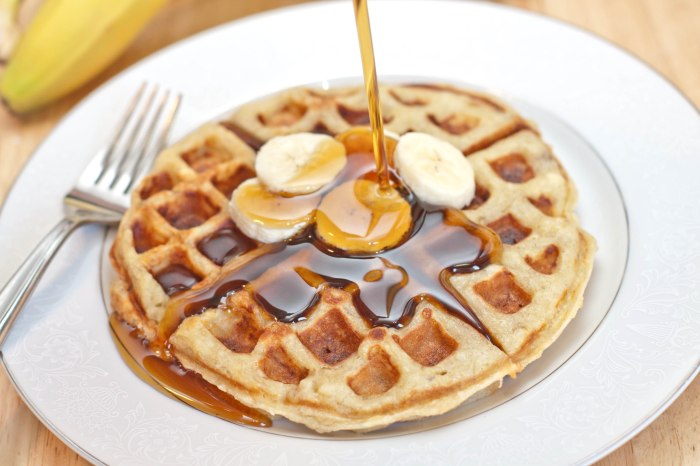 With plenty of maple syrup and sliced bananas... So. freaking. GOOD. Homemade Banana Waffles for the win! 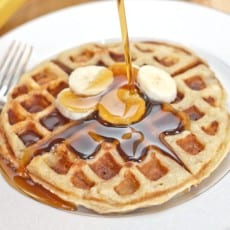 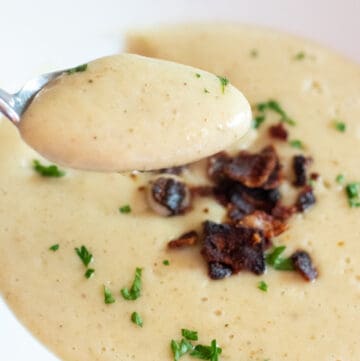 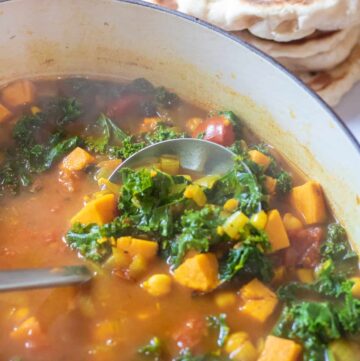 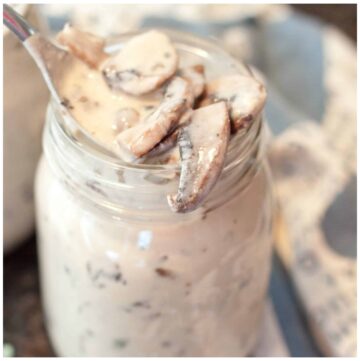 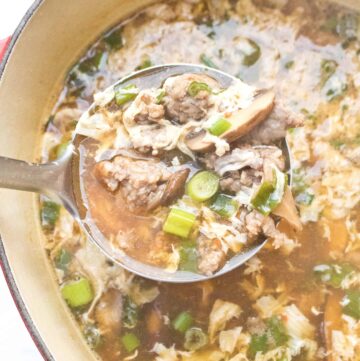 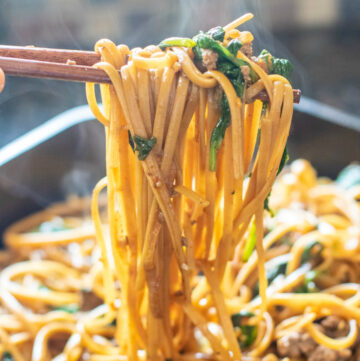